The Superbowl Indicator is Alive and Well! 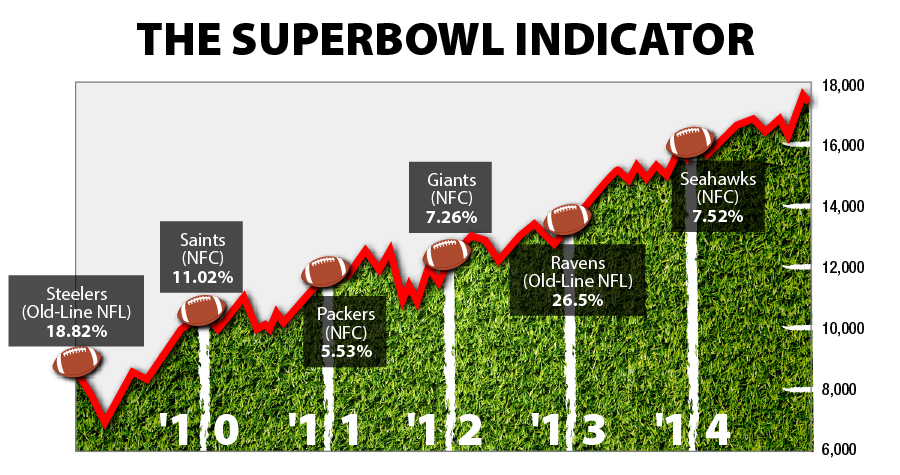 While likely nothing more than a coincidence, the Super Bowl indicator has gained a place in market lore. It says that if the NFC team wins the Super Bowl, there will be a bull market that year. It has been right 32 out of 48 times. I prefer to focus on actual market events. I know global financial markets are in a state closer to non-equilibrium, a concept explained in this post, and thus prone to exaggerated moves. Let’s examine some other data points.

I discussed the 1870-1880 range for the S&P 500 in a January 15 post. On the morning of January 20th, the S&P 500 tested that range and broke through it, only to rally furiously. Since then, the index has moved up and traded in and around that range four times. Where do we go from here?

Trend lines attract price, in part because many market participants use them, and they are self-fulfilling. See the lower trend line on a monthly chart below, keyed off the generational low of 2009 and then the 2011 low. See also the channel formed above with the upper trend line. During the massive 2013 rally, prices broke above that top line, only to fall back within the channel in August of 2015, when markets entered a non-equilibrium state. Note, the October-November 2015 rally stalled at the channel high, and prices have gone down since. A test of the bottom of this channel is increasingly probable at roughly 1730-1750 – a 4-6% drop from current prices. The same concept applied to a weekly chart using the same key lows, implies a lower channel price range of 1760-1780. 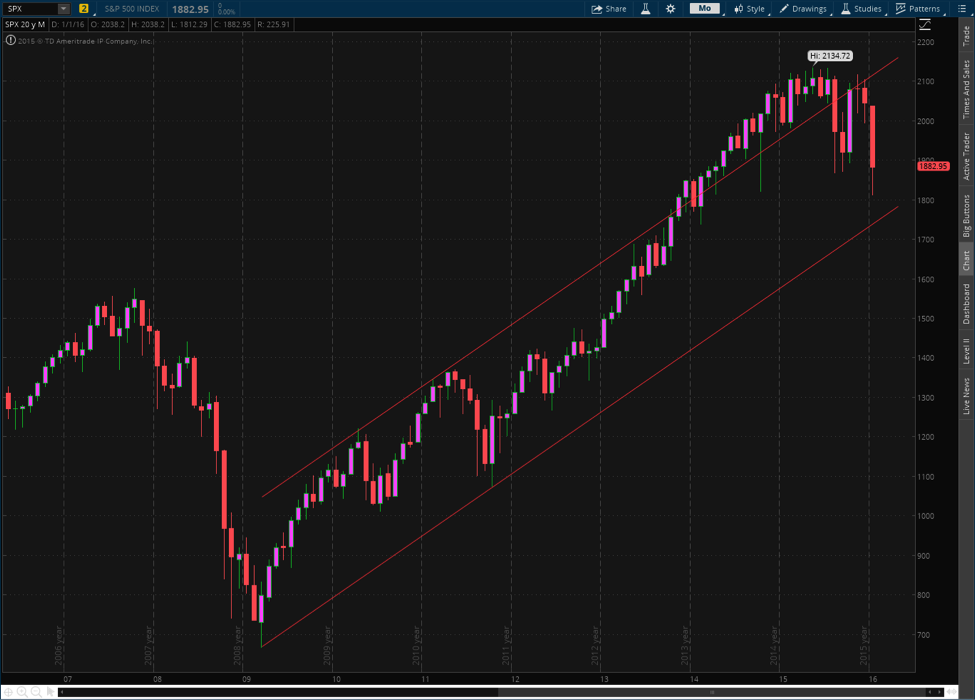 I have written before about the power of the Average Investor Allocation to Stocks metric if applied in the right framework. As you can see from the chart below, when this metric rises into the 40s, it tends to suggest a market turn to the downside. However, like any metric, it is not perfect, as 1998-2000 illustrates. Price action remains the factor to follow. 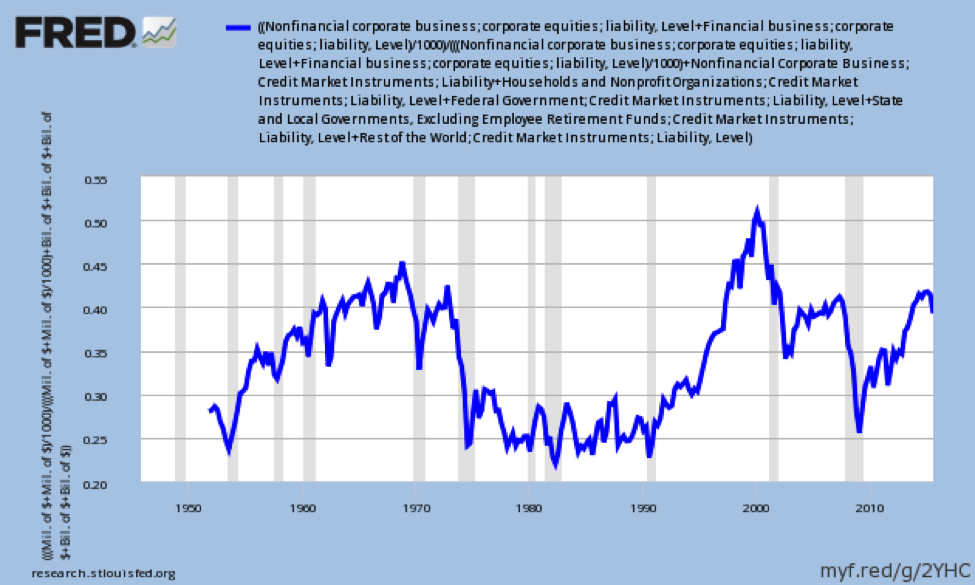 Last August, I noted in this post that the macro and price structure environment was comparable to 1998. As that observation suggested, a sell-off materialized, right on cue. Subsequent price action from September through early December mirrored 1998 quite accurately. However, the parallels stopped there, and prices have not rallied like they did to close 1998 and begin 1999. Certain long-term trend models suggested a shift to the short side close-of-month December. We all know what happened next. I am searching for a better comparable historical environment and will discuss it in a forthcoming post.

Virtually every well-followed momentum and trend metric has turned short since the beginning of the year. These metrics include longer weekly and monthly timeframes. Of course, they could all be set up for a whipsaw back up. These metrics are lagging indicators, not confirming their accuracy until afterward. In other areas, some of our models analyze volume behavior in markets to produce key defended price levels on shorter timeframes. The S&P 500 has established numerous levels around the day range on January 15 and January 20. For continuation or rejection of the downward trend near-term, the highs and lows of these days will be critical to monitor. For the last four days, prices have hovered around the close on the 15th and the open on the 20th.

I have only scratched the surface with the analytical tools described above. Ultimately, price action will resolve this question. To echo Johann Wolfgang von Goethe, “Everything is simpler than you think and at the same time more complex than you imagine.”