The 2020 COVID-19 battle confirms that most global risk emanates from miscalculated, misguided, and increasingly autocratic actions of the world’s political class. The American people are not being spared. Our highest levels of government are embracing autocratic techniques in response to COIVID-19. In an era of private sector confidence, private citizens must fill the void and stem the tide. How?

First, fill the gaps of information, logic, and decency.

Third, show the world that a free people have skin in the game. Stand and fight against the enemy in front of us, COVID-19, and the enemy beyond the hill, the insidious long-term arc of autocracy.

Expect it from Autocratic Governments

Autocrats spread false hope, disseminate misinformation, empower sycophants, and avoid skin in the game/extreme ownership, all to hold on to power. In today’s world, they use the tools of free expression, social media, to advance their agendas. For politicians in Beijing and Tehran, it was another day at the office when they suppressed COVID-19 truth until the virus became an existential regime threat. In the process, the virus spread to the world.

And now the CCP is asking to be celebrated for taking late, decisive action? And the Iranian regime has appealed to the International Monetary Fund for the first time in 60 years.

Let’s get the facts straight.

A mysterious illness was flagged in Wuhan as early as December 2019. Doctors attempted to spread the alarm, and in turn, some were stymied by authorities. Numerous reports abound of muzzled and detained journalists. The Chinese government changed its infection counting method many times. Finally, steps were taken, namely a January 23rd quarantine of Wuhan (not before millions had already traveled through the area). We know the rest of the story. Draconian measures seem to have worked for now, with virus cases slowing in China. So the CCP has now turned back on its spin machine. Chinese military spokesmen are claiming the virus came to Wuhan from U.S. military personnel during the Military World Games last October.

There are similar reports of cover-up, disinformation, and subjugation of the truth in Iran. Right on schedule, Iranian leaders are blaming everyone but themselves.

But Did You Expect it Here?

During this COVID-19 crisis, the highest levels of our government have embraced similar practices.

While on a trip to India, at a press conference on February 25th, President Trump said this:

“Now they have it, they have studied it, they know very much, in fact, we’re very close to a vaccine,”

At a March 2 meeting with pharmaceutical company executives and government officials, the President learned that a vaccine was far of.

Dr. Antony Fauci, the head of the National Institute of Allergy and Infectious Diseases, immediately corrected the President: “Let me make sure you get the … information. A vaccine that you make and start testing in a year is not a vaccine that’s deployable.”

Yet later that night at a rally, the President said:

On March 6th while touring the CDC, the President made this assurance to the public:

“Anyone who wants a test can get a test.”

In walking back this claim, Health and Human Services Secretary Alex Azar had this to say:

And this also happened:

As described by Politico, key aides to the President are optimizing for praise over the truth. The article mentioned the following:

No Skin in the Game, No Extreme Ownership

The hallmark of autocrats is a lack of skin in the game. The opposite is extreme ownership. The President said this on Friday:

“I don’t take responsibility at all,” Trump said defiantly, pointing to an unspecified “set of circumstances” and “rules, regulations and specifications from a different time.”

And while it was a necessity to ensure continuity of government, today many Americans with COVID-19 symptoms will learn what skin in the game actually is. Because today we learned the President got tested and yet tests are not available for us.

Like the CCP, our government is going to seek praise for its actions from March 11th onwards. No one is perfect. Bureaucracies move slowly. Our government moved too slowly in 2008 in response to the Great Financial Crisis. They eventually got it right. That’s not the point.

It’s the autocratic nature of current actions that are concerning.

Foreign Affairs got it right:

“That authoritarian states would engage in such practices is not exactly surprising. What’s new and deeply disturbing is that the virus of disinformation has infected the highest levels of a Western government like the United States.”

Choosing to Appease, Not to Fight

Prime Minister Boris Johnson is taking Great Britain down a path of appeasing the virus. He risks infecting the entire country, with no guarantees of herd immunity, no clear sense of how the NHS will respond, and no understanding of the long term effects of the virus. Only time will tell if that is a smart move. Is this another Chamberlain moment?

America is engaging in what truly makes it great, a national argument. From independence to slavery, from the Civil War to the World Wars, from suffrage to civil rights, we the people have debated our way through complex issues, never perfect, but more perfect than before. Today’s argument is to fight (social distancing, prevent the spread, suffer short-term economic impact) or appease COVID-19 (let everyone get it, like Great Britain).

Will Crashing the Economy via Social Distancing Kill More People Than the Virus Itself?

While the reasons are not clear, U.S. mortality rates fell during the 2008 Great Financial Crisis.

Some studies support this correlation:

From Mortality increases during economic upturns (2006) in the International Journal of Epidemiology by Christopher J Ruhm:

“Most recent research suggests that mortality increases when macroeconomic conditions temporarily improve…One cause of higher death rates during good economic times may be that individuals adopt less healthy lifestyles. In addition, several joint outputs of temporary expansions, like increases in pollution and driving, have clear negative health effects that are not limited to the working-age population. “

From Deaths rise in good economic times: evidence from the OECD (2006) in Economics & Human Biology by Ulf Gerdtham and Christopher J.Ruhm:

“The main finding is that total mortality and deaths from several common causes rise when labor markets strengthen. For instance, controlling for year effects, location fixed-effects (FE), country-specific time trends and demographic characteristics, a 1% point decrease in the national unemployment rate is associated with growth of 0.4% in total mortality and the following increases in cause-specific mortality: 0.4% for cardiovascular disease, 1.1% for influenza/pneumonia, 1.8% for liver disease, 2.1% for motor vehicle deaths, and 0.8% for other accidents.”

While others do not. From Trends in cardiovascular mortality and economic distress in communities (2019) in the American Heart Association Journal by Sameed Ahmed et al.:

Among 25 to 64 year old US adults, the greatest increase in cardiovascular mortality rates occurred in communities that were the most distressed at baseline and in those that had worsening economic distress in the post-recession period.

What are the Hidden Costs of Letting The Virus Spread?

The virus seems to be more deadly than the flu for the 100 million-plus Americans over the age of 50 and those with pre-existing conditions.

Most older Americans are parents, grandparents, siblings, uncles, aunts, friends, community members, and active participants of society. What mental and psychological cost will widespread COVID-19 illness and mortality among older Americans have on the rest of us?

Will the Health System Get Overloaded Leading to More Deaths?

Mass infection by less at-risk groups (e.g. those under 50), most of whom will survive, will overwhelm the U.S. healthcare system. Dr. Liz Specht (a private citizen), the Associate Director of Science & Technology for the Good Food Institute, makes a strong case for fighting.

What Are the Long-Term Health Effects of Getting the Virus?

Most of those infected with COVID-19 have survived. But with comparable viruses, SARS and MERS, some patients have suffered long-term health issues. What will COVID-19 bring?

After a patient has recovered from SARS, CT shows transient interlobular septal thickening and reticulation over a course of several weeks to months. The reticulation appears after the 2nd week and peaks around the 4th week [21]. One-third of patients with persistent respiratory symptoms will have imaging findings of fibrosis, including inter-lobular and intralobular reticulation, traction bronchiectasis, and, rarely, honeycombing [5]. Areas of airtrapping, caused by damage to ciliated respiratory epithelium, have been reported in 92% of patients who have recovered from pneumonia and are less likely to resolve completely [22].

Likewise, in patients with MERS, although the majority fully recover, 33% show evidence of lung fibrosis on follow-up imaging. These patients were commonly older, had prolonged ICU admission, and had greater lung involvement in the acute phase of the disease [7].

Are We Still the New World?

I leave you with my opinion.

“In God’s good time, the New World, with all its power and might, steps forth to the rescue and deliberation of the Old.”

We have skin in the game. We lead. And we stand and fight.

This personal blog and its articles are written because of the author’s passion to advance his understanding of deep learning, complexity science, and major global events in markets, politics, and society. Any opinions or forecasts contained herein reflect the personal and subjective judgments and assumptions of the author only, not those of any organization or entity that the author is affiliated with. There can be no assurance that developments will transpire as forecasted and actual results will be different. The accuracy of data is not guaranteed but represents the author’s best judgment and can be derived from a variety of sources. The information is subject to change at any time without notice. 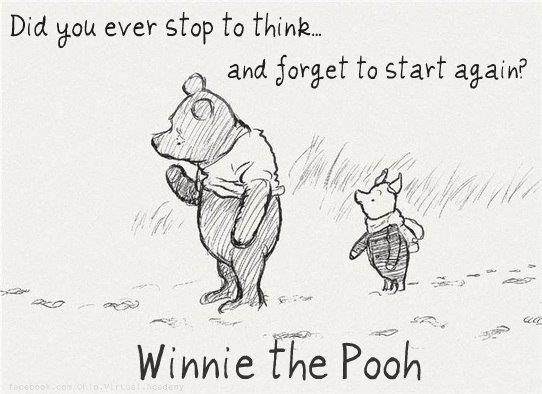 The disruption caused by the virus is a surprise attack by an enemy. The enemy is invisible and strikes without warning. It snuck across our borders while we celebrated stock 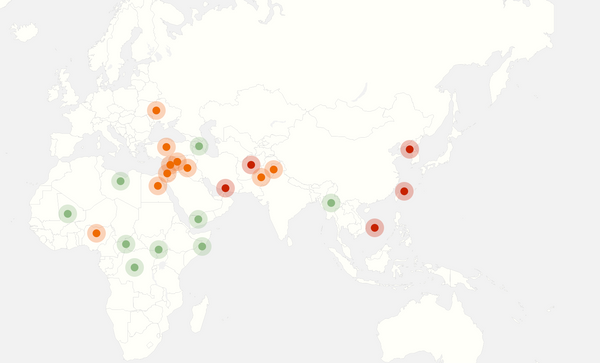 Entering year 4 of a 15-year private sector confidence cycle, expect a mixed bag for risk-on asset classes in a world weighed down by the continued miscalculations of public sector