What Would Frank Underwood Say? 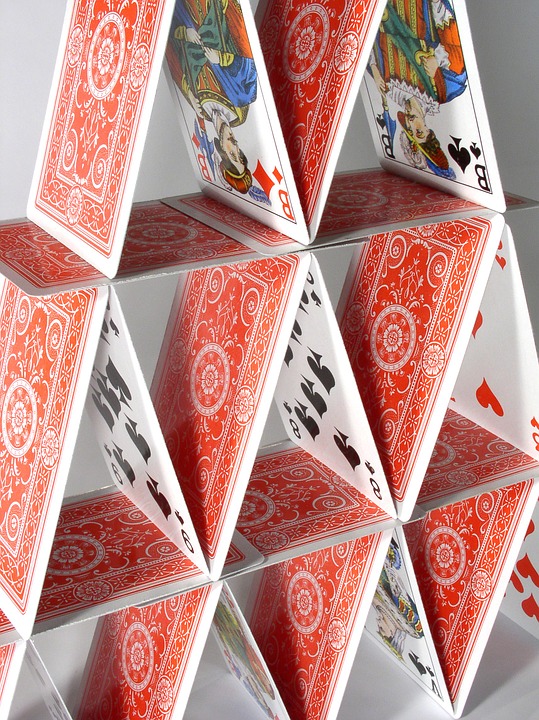 It has been a volatile seven months in most financial markets. The S&P 500 has dipped into the 1800s on four distinct occasions and, so far, bounced each time. Other markets such as China have suffered through dramatically higher volatility and even worse returns. Gold has rallied as much as 20% from multi-year lows in December 2015. US Treasuries have had sharp moves, rising above levels seen in the October 2014 Flash Move. Crude Oil touched close to $25, my suggested target from previous posts, and has since rallied over 30%. Many major European banks have (and continue to) trade below 2008/2009 crisis lows (e.g. Deutsche Bank, Credit Suisse, Standard Chartered). The Yen/USD has rallied off multi-year lows.

More of the Same?

Back in August, as discussed here, my modeling identified that many risk assets, notably U.S. equities, were entering a state of non-equilibrium in which typical models using historical data are less effective and unexpected events are the norm. As we entered 2016, my models suggested that for US equities, the scale was tipping back towards a state of equilibrium, or greater predictability using historical data analysis. Equilibrium, as I use it, does not always indicate upward prices, but rather greater predictability. Traditional data models, using time-tested trend and momentum principles, suggested a new downward trend in U.S. equities on multiple timeframes. This trend was borne out in January and continued through mid-February. These types of models are positive-expectancy in nature, which means over time, they work more often than they do not. But there is no guarantee. Recent price action has taken U.S. equities to higher levels. As of this writing, with the S&P 500 closing at the intriguing price level of 1999.99, prices are within the critical range as it relates to trend confirmation. Strong price movement above 1985-2000 would damage the strength of the long-term downward trend signal, and suggest the possibility of higher prices.

Don’t Write Off Gold Just Yet

In mid-February, Goldman Sachs urged clients to short gold. A market call of this nature carries significant weight, given the stature of the firm. However, gold has rallied over 3% since the call, and trend + momentum models on many timeframes show gold remains in an uptrend. Since August, in months when the S&P 500 has fallen, gold has gained over 20% in total. That link appears to have broken in February. After initially falling between February 12th and 16th as equities hit their recent low, gold has risen from around 1200 to over 1250 as of this writing) while equities have rallied nearly 10%. Last, but not least, gold is right at key trend confirmation price levels. Many factors (beyond the scope of this post) such as central bank policy, interest rate and inflation expectations, and fundamental supply and demand shifts can impact the price of gold. However, unexpected correlations often have a way of resolving themselves between markets. Price action in the gold market may be quite insightful in determining where equities go from here.

Until a different trend confirms on longer-term timeframes, I remain watchful of a shift back down in U.S. equities or a shift back down in gold. Current prices in both markets are in a range where a reversal down, in the context of a long-term downtrend, would be identified post facto as logical. Price action in the gold market does not comport with price action in equities, at least during recent history. I will update you as my models produce new conclusions, one way or the other.