Non-Equilibrium May Be On It’s Way Back. 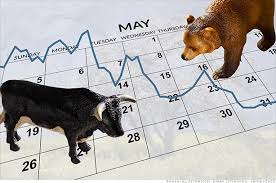 The foundation of my research is to evaluate markets for what they are, Complex Systems, just like earthquakes, traffic, and oceans. Central to this approach is identifying when markets are in an “Equilibrium” or predictable state (often calm and directional) or in a “Non-Equilibrium” or unpredictable state (often volatile and non-directional). I identified a very strong Non-Equilibrium signal in U.S. equities at strategy launch on August 1 that lasted through the end of 2015. I have identified a somewhat weaker, but still tangible signal going into May. In a non-Equilibrium environment, markets are susceptible to unexpected and sudden market shifts (up or down), shifts that traditional quantitative and fundamental models are, at times, slow to identify. This was the case in August 2015, when many investing strategies suffered.

There is certainly some evidence that U.S. equities can continue upward unabated, as traditional trend and momentum models continue to signal a Long bias. As I know, and has been quite glaring this year, these models are susceptible to whipsaw. Of note, very long-term trend models in U.S. equities that averaged 1.5 trend shift signals a year for the last three decades (and for the most part would have kept investors on the right side of major moves), have produced four signals in the last ten months. This is indicative of a market experiencing significant, if not historic, indecision. No matter the direction of the next major market move, I expect it to be intensive and possibly historic.

In December, I wrote a piece here about the importance of 2016 for major geopolitical and macroeconomic events given its place in a 72-year cycle. In some sense, that prediction may already have borne itself out, with the media and presidential candidates themselves declaring this the most unique presidential election in history. However, the possibility remains that the truly historic event has yet to come, and could occur in the macroeconomic realm.

In what seems remarkable going back two months, oil explorers and service companies are talking about new drilling projects. Are animal spirits are back in Oil & Gas?

Over the last two weeks, WTI Crude Oil has moved decisively past a major price memory level around $40 a barrel. This has occurred in the context of a mostly flat stock market. The prior part of the move up in Crude Oil from February lows through mid-March was accompanied with a major rise in stocks. Perhaps this is why mainstream financial media has not been as focused on this most recent move in Oil. In addition to a longer-term trend shift, the Oil market has short-term price momentum. It would not be surprising to see further upward price movement in May. In the context of equity markets shifting to a period of Non-Equilibrium, the rise in Oil may take a breather. Along those lines, on Friday (the last trading day of April) Crude Oil turned down at a major and widely followed price level. This type of shift will only be validated in hindsight. A strong break below $40-42 a barrel would suggest a trend shift to the downside.

As I enter May, as was the case in August 2015, I am vigilant for an unexpected and sudden shift in asset markets.