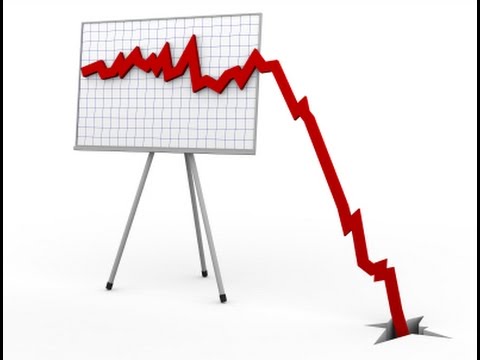 Many believe the stock market should drop, and gold should rise. Price action suggests otherwise.

Market predictions are as old as markets themselves. The twin crises of 2000-2002 and 2007-2009 created a new legion of prognosticators who remain convinced of the coming market apocalypse. The recent turmoil of August-September has brought many of these forecasters back into the limelight. This time around, they appear to have, in part, been joined by some of the savviest and successful investors and money managers in the world as discussed here. These predictions may well turn out to be correct, as the people suggesting them have the power to influence the market and shake the global economy.

However, actual market prices are telling an entirely different story. The U.S. stock market returned over 8 percent in October, its best month in over four years. The S&P 500 is a mere 2.2% below its all-time high of 2134.72, which let me remind readers is 220% higher than the March 2009 lows. Well-followed trend barometers on every practical timeframe – hourly, daily, weekly, and monthly – are pointing long again.

It is true that certain long-term valuation measures suggest that U.S. stocks are overvalued. These include our favorite, Average Investor Allocation to Stocks. However, similar readings were flashing in 1998, and stocks proceeded to gain nearly 35% before finally turning in 2000. The cruel irony of that era was that many investors got out of stocks as valuation measures rose into 1998, only to jump back in to not miss the subsequent rally, just at it peaked in 2000. 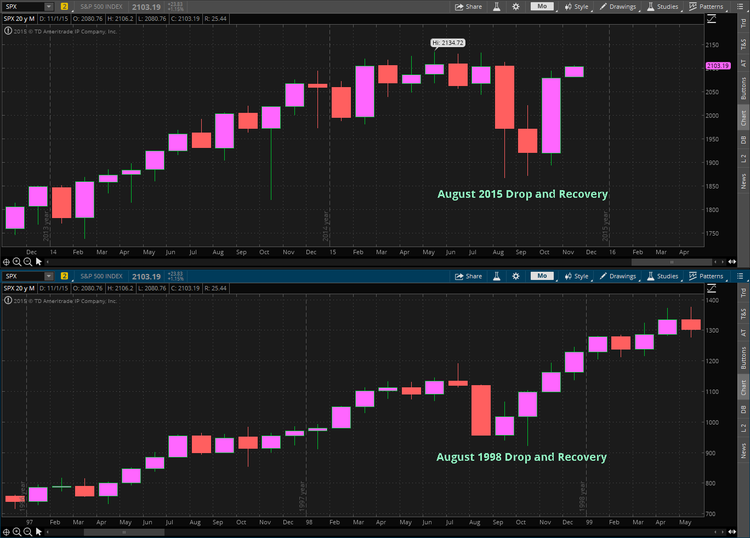 The reference to 1998 is an important one since I have discussed the macroeconomic and microeconomic parallels between 1998 and 2015. After a sudden and significant drop in prices in August 1998, by the end of October prices had nearly recovered and reestablished their upward trend. So far, the same pattern is playing out this year.

There is no question there will be another stock market/financial crisis (they occur in some form every decade or so), and stock prices will fall, possibly quite dramatically and possibly for a long period. There is also always the chance of a sudden and shocking shift in prices like we saw in August of this year and August 1998. As always, my strategy remains vigilant for such moves as it was this past August. However, a sustained dramatic downturn has not materialized and at this juncture does not appear imminent. When it does begin, a variety of value, trend, momentum, and pattern models will provide clues and warnings. In the meantime, most investors should maintain a long-term focus and selectively consider active strategies for portions of their portfolio. My next post discusses our views on active strategies. 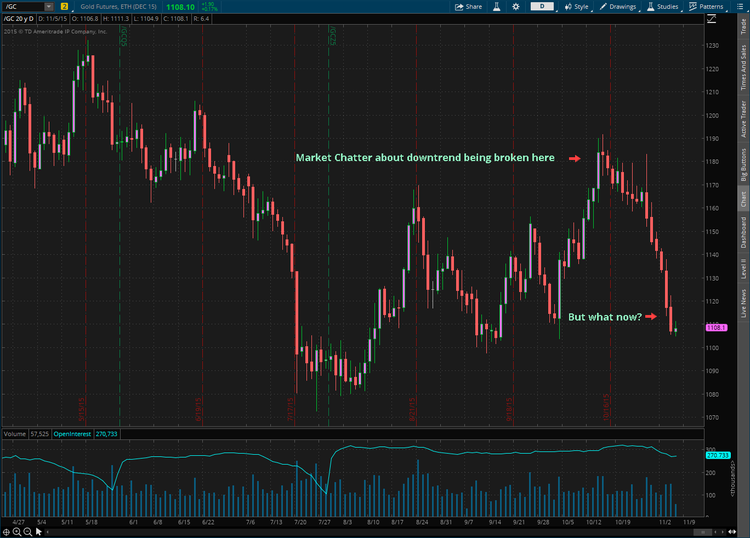