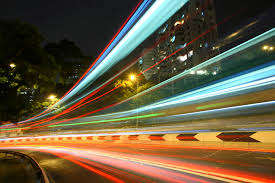 Momentum is on the minds of fans of sports, politics, and financial markets. Has the Golden State Warriors pursuit of the Chicago Bulls regular season win record helped them as they prepare to enter the playoffs and look to repeat as NBA champions? Will Donald Trump regain momentum from Ted Cruz and other party forces in the battle to be the Republican Party nominee for President? Has Bernie Sanders, with his recent string of victories, taken momentum away from Hillary Clinton on the Democratic side?

Back in financial markets, Q1 2016 was a story of momentum lost, at least for the bear case in stocks. Since my last update on March 4th, performance in major asset classes has been as follows:

Based on my Complexity Science Equilibrium Framework, U.S. equities remain in a predictable state where I am comfortable deploying linear trend and momentum models. However, trend and momentum signals are best identified with hindsight and such models are susceptible to whipsaw in between defined trends. March was a good example of that dynamic as the strong upward reversal in equities invalidated early 2016 downward trend signals. As of this writing, equities are now entrenched in an upward trend on multiple timeframes; however, I remain alert for further whipsaw. Among forecasters, the debate continues to rage, between bulls here and here and bears here and here. Over the last 15 days, the S&P 500 has bounced upward four times off the 2040-2044 range and five times off the 2030-2035 range. These are key near-term levels to watch for a shift back down. In the absence of a major drop, the continuing basing of prices between 2040 and 2070 suggests that the odds are increasing for a major upward breakout in stocks.

Since early March, Gold has stubbornly traded between 1200 and 1250. With equities holding their ground, the odds of a major drop in Gold are increasing, especially if forthcoming economic data and earnings come in better than the low expectations that have been set. In looking for trend/momentum validation of this possible bear case, I can identify a few data points.

Crude Oil seems to elicit an extreme reaction, either as a loved or hated asset class. Prices in the liquid gold have moved up quite strongly and several short- and medium-term momentum and trend signals remain long. Prices would need to break up above $41-43 (WTI Crude) to signal the beginnings of a long-term multi-month/year.

The likelihood of a Long Equities and Short Gold scenario is increasing. For now, prices in Equities, Oil, and Gold all remain relatively strong and the US Dollar continues to drift down. It’s hard to imagine many people saying this in January or February, but Inflation Anyone?