US Equities, Crude Oil, and the Japanese Yen are All Set for Major Moves. 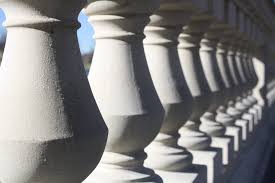 This week brought us a dramatic political moment, with Senator Rubio caught in a media firestorm over the repetition of a key phrase in his campaign platform. But maybe he’s on to something. If you say the same thing enough times, maybe people start to listen. Time will tell if it works in politics.

Back here in financial markets, we find ourselves repeating the same statements. It is because we believe in them, and price action in markets is confirming them. Financial markets are complex systems that fluctuate between states of non-equilibrium and equilibrium. Non-equilibrium states in particular often produce market moves beyond rational expectations – with or without an apparent catalyst. These moves are hard to predict without tools that treat individual markets as complex systems. One of mine is The Equilibrium Probability – a real-time means of quantifying the state of a given market. Such tools are essential to navigate the market environment we are living in now.

Explanations abound as to the recent price action in major global financial markets. Some say it is oil, some say it is China. Some say it is uncoordinated Central Bank action. I say those are reasons after the fact. As with a pencil balancing on your finger, the reasons for the eventual fall can be many. The system, be it the balanced pencil or financial markets, was ready for a shift. Have your pick of individual markets to illustrate why.

The crude oil market is actually in a state that I define as equilibrium. This state means its future price pattern is somewhat predictable using historical data analysis. As mentioned in our January 11 post, crude oil has price memory in the $20-$25 range. As of this writing, WTI crude oil has traded down to 26.22. A turn will occur at some point. But for the time being, the path of least resistance is down. This path should not come as a surprise for traders, producers, hedgers, and investors.

U.S. equities have been in a state of non-equilibrium since July/August of 2015, as I discussed in our August 5th post. During this period, traditional predictive data analysis tools did not work as well. Alternative approaches that perform well when predictability is low would have worked better. Currently, U.S. equities (and their international brethren) appear to be moving into a state of equilibrium, in which future price movements are more predictable. It seems this predictability is of a downward nature. Since August 2015, prices moved well beyond the rational expectations of the general investing public (and did do so longer than many investors expected). Now, more investors potentially see reliable historical patterns as an equilibrium state reemerges.

The Japanese Yen has rallied strongly versus the US Dollar. The currency pair is one of our focus asset classes for 2016, both given its preeminent place in the global financial system and based on our core annual macroeconomic analysis of capital flows, which suggested a shift in capital toward the Yen. Signatures found in the price movement of the Yen/USD pair over the last several months have suggested that a shift to a non-equilibrium state was imminent. It appears that has now begun to occur. Price momentum has confirmed an upward move, and I will monitor it closely for further directional progress.