Watch the Price of Corn if Politics is Boring You 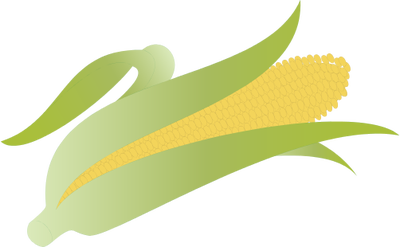 All eyes are on the Iowa caucuses today and (whether you like him or not) on Donald Trump. But maybe all eyes should be on the price of corn, lifeblood of Iowa’s economy. According to the USDA, in 2014, Iowa corn farmers grew almost 2.4 billion bushels of corn on 13.2 million acres of land. Iowa produces more corn than any other U.S. state and more than many countries. It has been the leading crop in Iowa for more than 150 years. Corn impacted this primary campaign throughout, with the Republican governor of the state publicly repudiating Senator Ted Cruz for his opposition to ethanol subsidies (according to the University of Illinois, corn is the main feedstock used for producing ethanol fuel in the United States).

According to my analysis using complexity science, a major move in the corn market is possible as it is exhibiting signs of shifting into a non-equilibrium state. Market cooperativity is building, meaning the actions of individual participants are increasingly similar. This behavior can produce a significant market-wide event, often with little apparent warning. Certain signals are comparable to those exhibited before the mid-late 2013 downturn in corn prices.

Corn remains on a downward trend on multiple timeframes. Prices have rallied nearly 10% since the early January lows, albeit within the bounds to suggest a corrective bounce rather than a shift in trend. Prices have yet to approach a major trend line from the 2012 and 2015 highs. These metrics suggest that down is the path of least resistance in prices. However, a solid break of the November 2015 and January 2016 lows would be necessary for a clear momentum signal. In this continued downside scenario, corn has price memory around $3.00-$3.20 per bushel so look for prices to touch that level. Given the multi-year bear market in commodities including corn, only a sustained move to about $3.80-$4.00 a bushel would confirm a true long-term trend shift to upward. That said, given the history of price movement in agricultural markets, this price level could be broken in short order if that is the way the market wants to break.

McDonald’s (NYSE: MCD) stock has gained 25% since August 1 versus a 7.8% drop in the S&P 500. We sense it is becoming a popular trade, and there is clear upward momentum in the name. Many have written about the fundamental bullish case in the context of a possible recession, issues with competitors such as Chipotle, and the price of inputs. Let’s focus on that last one. The possible bottoming of commodities, namely grains such as corn and wheat, could suggest higher pork and beef prices, which can put pressure on some of the fast-casual chains that have eaten into McDonald’s share. This pressure will be easier for McDonald’s to handle, given its lower price points. I will continue to monitor McDonald’s stock price action in the context of a major shift in character in the corn market (and wheat possibly).