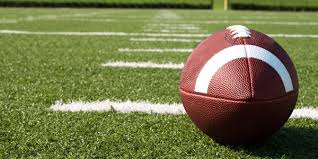 Football is on the mind of many Americans. Interestingly, last year’s Super Bowl participants, Denver and Carolina, were only the 16th and 11th most prolific offenses in the NFL. Not surprisingly, they were the 1st and 6th ranked defenses. However, your offense has to score to win in football, and it feels the same way in markets.

Major financial markets that I track remain relatively stable. Since my last post, there has been little movement in these markets with the exception of Crude Oil. My models continue to suggest positioning for a continued rise in risk-on and risk-off assets.

I have noticed a growing chorus of (pleasantly I note, after my post in early August) market commentators calling for rising equity markets. For a while, it seemed that many sophisticated investors were rooting for something bad to happen (perhaps for a chance to buy the dip?). Explanations are aplenty for why markets should now rise, for example here, here, and here. The reasons ultimately are irrelevant, at least the way I see things. Major financial markets remain in an equilibrium state and an upward trend.

As we move further into the fall, I caution against analyzing the “last war”. A recent report from Bank of America Merrill Lynch worries about a confluence this fall of complacent markets and U.S. Presidential election uncertainty resulting in sudden volatility and deleveraging by risk parity funds. The crux of the report is that risk parity funds such as Bridgewater would be forced to sell if there is a sharp and simultaneous increase in volatility across multiple asset classes. One example would be a multi-percent downward move in Treasuries and the S&P 500 at the same time. This partially explains what happened in August of 2015. The report suggests that markets are pricing in a certain Hillary Clinton victory, despite recently tightening polls. They expect polls to further tighten, and volatility to pick up, with a potentially severe market reaction. This scenario makes sense on paper, given experiences of the last year. However, it feels a bit too obvious a selection as the “next big one”. I am quite certain that the next big one will look different from the last big one. I certainly believe that price action and complexity science-based analysis of markets provides the clearest indications of the next major or sudden market shift. For now, like every NFL quarterback, I like the idea of playing offense into the Fall.