In a World Where The Private Sector Is Ascendant, Expect More Taking Than Giving 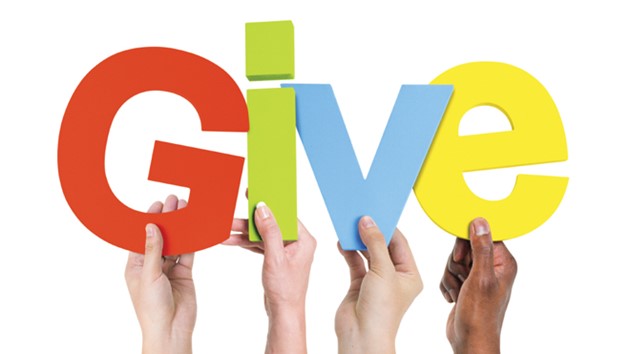 I’ve talked regularly about the impact of confidence shifting between public and private sector forces, a shift that seems to occur on a rhythmic pattern over decades. Often, humanity altering events occur within the first few years of a shift, as forces on both sides react to gains or losses in power. Note the major events within the first 5 years of recent shifts:

Confidence shifts are not permanent, unsurprisingly, because the side in power will naturally veer toward excesses. We are starting to see the seeds of this early in the cycle. Technology is ascendant in our lives — Silicon Valley headquarters have become tourist destinations, tech CEOs have become celebrities, and even celebrities want to be tech CEOs. And we have bought into the notion that technology companies will save us. Being mission-driven, changing the world, and impacting people’s lives are the mantras of Silicon Valley.

But something is happening on the way to handing the keys to the Break Things, Move Fast crowd. Humanity is slowly realizing that unchecked power in the hands of opaque technology has serious consequences. This past week’s events are indicative.

Robinhood is Here to Take Your Money

In the fintech world, a stock trading app called Robinhood (privately valued at $5.6 billion) introduced a product lovingly called “Checking and Savings” that was essentially false advertising. Robinhood was offering these products as a licensed broker-dealer, regulated by the Securities Investor Protection Corp (SIPC), not as a bank, regulated by the Federal Deposit Insurance Corporation (FDIC). The SIPC protects cash in brokerage accounts up to $500,000. So far, so good. But Robinhood was promoting the product as a bank account, where you could earn 3% interest. Here’s the rub, and it comes right from the president of the SIPC himself:

“SIPC protects cash that is deposited with a brokerage firm for one limited purpose….the purpose of purchasing securities. Cash deposited for other reasons would not be protected. SIPC does not protect checking and savings accounts since the money has not been deposited for a protected purpose,” said Stephen P. Harbeck, president & CEO of SIPC, in a statement.”

Really good UX, a cool looking founder wearing jeans, and an anti-establishment rallying cry is no replacement for hard work, managing the details, and honesty with customers. Blitzscaling while breaking the law may not be blitzscaling at all.

Are Self-Driving Cars Here to Take Your Life?

It’s hard not to have the same concerns about self-driving cars, the technology that is supposed to save the planet from environmental degradation. A recent feature in Gizmodo, entitled The Deadly Recklessness of the Self-Driving Car Industry paints a picture of naked ambition to win without concern for public safety. For Waymo, Uber, and Tesla, it appears that some loss of life is worth the shareholder returns. Maybe it’s time to rework those Change the world/Save the world corporate slogans. One place to look for new ones: how about good old-fashioned banks and automakers. That is what Robinhood, Tesla, and Waymo are.

A Sidebar Into Deep Learning

Beyond questionable decision making by executives and engineers, we would all be wise to better understand how artificial intelligence algorithms work. Here is a super high-level primer, written in English (not math or code).

Much of what is considered state-of-the-art AI today is based on deep learning. Deep learning applies neural networks (which are a mathematical structure loosely based on how the brain works) to calculate solutions to functions. Neural networks can be thought of universal approximation functions, which basically means that if enough data is fed into the network, then a function that approximates the right answer, in ANY case, can always be produced (with negligible error). To accomplish this, you need a LOT of data and the computing power to run these calculations in a reasonable timeframe. The rise of big data and the emergence of GPUs have solved these two problems, respectively. Deep learning algorithms can be used to predict time series data, replicate human language, and in the case of self-driving cars, produce computer vision. I am a big fan of this area of AI and believe the applications are nearly endless. However, because the functions are so complex (due to the amounts of data required to make them relevant), their human creators can often not explain why the function works. This may be fine when predicting next year’s earnings or automatically filling in the text of an email. But, when these functions are applied to life and death use cases (like self-driving cars), it should give us pause.

Bitcoin Has Already Taken Your Money and Trust

The discussion about the excesses of technology cannot be complete without touching again on Bitcoin and cryptocurrencies. I reiterate my view that the likely price of most cryptocurrencies is close to zero. There is no use case for cryptocurrencies (to reiterate, there are plenty of use cases for blockchain inspired technologies) aside from serving as a crisis store of value. And Gold remains a much better option for that as I laid out here.

Public Institutions May Take Your Peace

As discussed above, public institutions are going through a gut-wrenching shift and loss of relative influence. They will not adjust quietly given the vast economic and military resources they control, which is contributing to a clear rise in the risk of global conflict, as expressed by Bridgewater’s Ray Dalio here. The West is, particularly in duress. Here is what happened this week:

Before the East raises its new year’s glasses in celebration, instability is on the rise there as well. For example:

It’s difficult to be positive about markets right now. My initial Early Warning Signal for a drop in stocks seems correct. Tech, in particular, has been weak, and so has Crude Oil. Last week, I stated that

“A definitive break of 2620 on the S&P and 6920 on the NASDAQ seems very possible. In that event, further downside is quite likely. The Russell has already broken down below its recent swing lows.”

As of this writing, Bitcoin prices in USD are about >250% year-to-date. I was wrong on my bearish view, last November. That post was full of well thought out underlying weaknesses in Bitcoin and a Random Forest model predicting a year-end 2020 price of around $9,000. It’s