Western Society is in a State of Non-Equilibrium. . .Expect Fireworks. 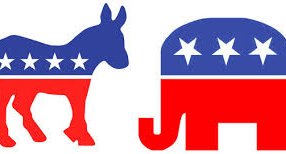 Certain forecasters continue to react with surprise to the state of the U.S. Presidential election. A regular reader of my posts should not. I have talked previously about:

All of these realities are contributing to a tight race between the “equilibrium” candidate Hillary Clinton and the “non-equilibrium” candidate Donald Trump. While the outcome is unknown, I am certain that conditions exist for a potential unexpected and historic event. This in itself is important information for investors.

As a reminder, equilibrium in complexity science means a relatively predictable environment, even one that is challenging (e.g. falling asset prices). Non-equilibrium means an environment that is almost impossible to predict, positive or negative. Non-equilibrium events occur due to cooperativity among system participants (e.g., investors in markets). Cooperativity is when agents unknowingly collect and do the same thing, leading to sudden and unexpected events, seemingly out of nowhere. In the case of Western society, the agents are citizens who, for the most part, have the freedom of one person, one vote. Western voters, and in some cases their elected representatives (likely sensing/observing their constituents behavior), have begun to respond in unexpected ways. Events such as Brexit, the 9/11 legislation veto override in Congress, and the level of pressure applied to Wells Fargo are events that few observers predicted in advance.

Incorporating dividends, the S&P 500 rose ever so slightly in September after falling as much as 2% during the month. This is well within normal price fluctuations. A number of market analysts continue to call for a larger 5-10% drop. Even that kind of drop would be normal within a long-term bull market. Yet a high level of fear remains, likely caused by the nature of the drops. There have been three major periods of instability in U.S. stocks since last August (two of which were during periods of non-equilibrium). Investors remain on edge and every 1-2% drop seems to suggest worse things ahead.

My complexity science regime framework remains in a state of equilibrium, and long-term models continue to suggest a likely upward movement in stocks. However, there was a notable pick-up of activity in shorter timeframe majority-minority game models in September. This suggests that while higher prices may come, they will arrive on a road paved with more intensive short-term volatility. It is my expectation that important shifts in equities have the potential to be short-term uncomfortable, but long-term predictable. I do not currently expect any upcoming downside volatility to be as painful as experienced last August-September or this January-February.

From late August through mid-September, Crude Oil retraced 61.8% of the 8/3 – 8/19 rally. With news of an OPEC deal, prices resumed their upward climb. The path of least resistance remains up, especially after prices broke the important 46.75 price level on 9/28. A strong break of 43.8 and that of the 8/2 lows is required for a major reversal and turn downwards.

Since its big rise on Brexit day, Gold price action had been about as exciting as watching grass grow. . .until this past Tuesday. This week’s drop in Gold threatens its long-term uptrend. Gold prices are well correlated with interest rate movements, particularly rate hikes. This market is telling us something about rates, and investors should pay attention.

While the USD remains in a downtrend, like Gold, it is at an inflection point. I expect the debate to be resolved in Q4.