In Europe and America, There’s a growing feeling of hysteria.

Markets are catching up to the staying power of the trade war. As I wrote on May 23rd here:

Investors continue to assume that what President Trump says and does on trade will be two different things. Actual events have proven otherwise, and global markets have not yet figured this out. We are on the verge of an upshift in geopolitical tension that will impact all markets.

Conditioned to respond to all the threats, In the rhetorical tweets of the President; Mister Trump says, “We will trade with you”.

Don’t take my word for it, take his. Since launching his Twitter account in 2009, the President has tweeted/retweeted more than 39,000 times. I built an NLP language model trained on over 97% of his tweets as well as a sentiment classifier to determine the positive or negative sentiment of any tweet (achieving about 85% accuracy in training). The models employ ULMFiT, a state-of-the-art NLP transfer learning method developed by Jeremy Howard and Sebastian Ruder, that is fully implemented in the fast.ai library.

I don’t subscribe to this point of view, His tweets say it would be an ignorant thing to do.

I then took the ~690 tweets that included the words China, Chinese, or President Xi and ran them through the classifier. A staggering 97% of 413 tweets prior to Election Day in 2016 had negative sentiment, down to 62% since then. Of note, ALL 21 tweets about these topics during the 2016 campaign were negative. Read more about the model in the NLP Model Detail section below; full code can be found here.

Further, here is a word cloud of the most frequent words in President Trump’s tweets about China (excluding the words China, Trump, President, Trade, Russia, Mexico, Chinese). The four most common words are US, Now, Will, and Tariff.

It is up to you to decide if the President’s pre- Election Day tweets are more or less representative of his core beliefs. I believe they are more.

Negative China sentiment seems like good politics – the campaign clearly went all-in on negative with the Presidency on the line. And with the 454 days until the election, the President is focused on politics, not markets.

Believe me when I say to you, Mr. Trump does not love a trade deal too.

A trade war is good politics. I wrote in January, May, and June about a global battle being waged between Freedom and Autocracy. The President, despite being attacked for his own supposed autocratic instincts, has successfully framed himself at the center of this debate, on the side of Freedom. This message will continue to resonate in the heartland, even in places affected by the trade war.

There is monopoly on China sense, On either side of the political fence.

There is such thing as a winnable war, We don’t believe the narrative anymore.

Two trends in the economy are sure to factor into the President’s re-election strategy. Both support a protracted battle.

First, reports of companies pulling production out of China has increased in recent months, see here, here, and here. This will embolden the White House and the campaign to double-down.

Second, the impact of job losses in key sectors such as farming may not matter to Trump’s reelection strategy. About 54% of farming jobs are in the 3 Pacific states, all of which will vote blue in 2020. In terms of the President’s Rust Belt firewall, Pennsylvania, Ohio, Wisconsin, and Michigan house only 5% of the country’s farming jobs.

This topic requires more in-depth analysis and its own future post.

Cycles matter, and perhaps there is nothing new under the sun. As discussed in my 2019 Outlook here, public sector confidence is in a down cycle and the prevailing global order (established post-WW2 about 75 years) is undergoing a transition to a multi-polar framework. During this shift, the risk of a miscalculated move by a frustrated public sector actor is VERY HIGH. Perhaps that is a protracted trade war or overreach in Hong Kong or Kashmir.

Incidentally, all of this is occurring in alignment with the end of a long-term debt cycle, which typically lasts about the same length of time, per Ray Dalio. It is thus no surprise that major political and societal events also have a 72-75 year rhyme to them, as I wrote about here.

There is now historical precedent, To understand the words from the mouth of the president. Mr. Trump says he will protect you, Do you subscribe to this point of view?

Believe me when I say to you, Mr. Trump does not love a trade deal too.

I leveraged this great function built by Ronald Wahome to clean up the raw tweet data. It removed hashtags, punctuation, whitespace, tickers, etc. I also went through and removed all retweets of non-English language tweets.

In addition to fast.ai, this article by Prashant Rao was helpful in completing this analysis. As discussed in the ULMFiT paper and on fast.ai, the first step is:

“The LM is trained on a general-domain corpus to capture general features of the language in different layers.”

ULMFiT achieves this by training on the Wikitext-103 (Merity et al., 2017b), which contains 28,595 preprocessed Wikipedia articles and 103 million words. The theory, like in all transfer learning, is to avoid expensive computation and leverage a pre-trained model to analyze one’s own particular corpus. That leaves you to fine-tune the pre-trained model on your target data, and train a classifier (using the language model).

After reading the cleaned tweets into a Pandas dataframe, the first step is to create a DataBunch suitable for training. The primary decisions here are to select the minimum word frequency, 2, and a maximum vocabulary size of 60,000. The model applies tokenization and numericalization (see here for more on these steps) to any word that appears at least twice in the corpus, and caps the total vocabulary at 60,000 words. Note that characters like spaces are assigned unique tokens (e.g. space = xxmaj)

I employ fast.ai’s learning rate finder tool, which deploys an optimization function to identify at what learning rate our modeled loss begins to diverge. I prefer using a learning rate at a steep point in the curve below.

Per ULMFiT and fast.ai, I first trained the last layer of the model, having selected 1e-3 as the max learning rate.

Unfreeze all Layers and Train

ULMFiT also employs Slanted Triangular Learning Rates (SLTR) behind the scenes, based on the following rationale:

…we would like the model to quickly converge to a suitable region of the parameter space in the beginning of training and then refine its parameters. Using the same learning rate (LR) or an annealed learning rate throughout training is not the best way to achieve this behavior. Instead, we propose slanted triangular learning rates (STLR), which first linearly increases the learning rate and then linearly decays it…”

The classification model takes as input 100 tweets from the President, hand-labeled for positive or negative sentiment. I am operating on the notion that a small dataset can produce good results, given ULMFiT’s success.

As before, I build a DataBunch and a learner object. I also make sure to load the encoder weights.

As proposed in ULMFiT, the key here is to train the classifier in stages. The paper presents two key concepts. First, they propose Concat Pooling which is accomplished behind the scenes in the model:

“As input documents can consist of hundreds of words, information may get lost if we only consider the last hidden state of the model. For this reason, we concatenate the hidden state at the last time step hT of the document with both the max-pooled and the mean-pooled representation of the hidden states over as many time steps as fit in GPU memory.”

The second concept is Gradual Unfreezing, where layers are unfrozen in sequence.

So that is what I do while also applying the discriminative fine-tuning proposed in the paper.

I ended up with about 85% accuracy.

From here, I read in the complete set of Tweets that referenced the words China, Chinese, or President Xi and ran them through the classifier to produce the sentiment output. 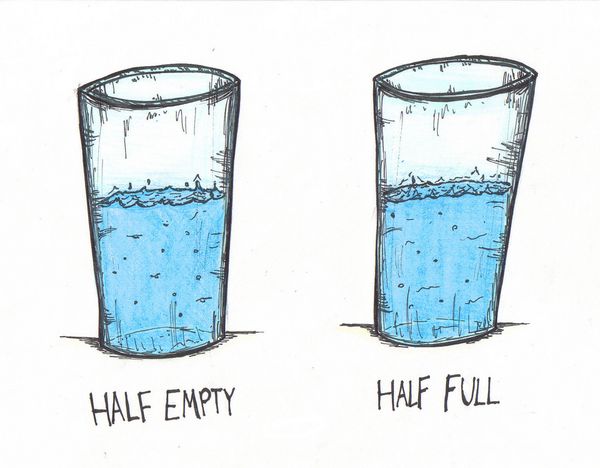 The yield curve has inverted, the trade war seems to be in early innings, and economic data is being revised downward. Forecasters are warning of a recession and even financial

TL;DR on Fed Rate Cuts The Federal Reserve Open Market Committee (FOMC) announces its rate decision on Wednesday. A robust review of economic data does not support a rate